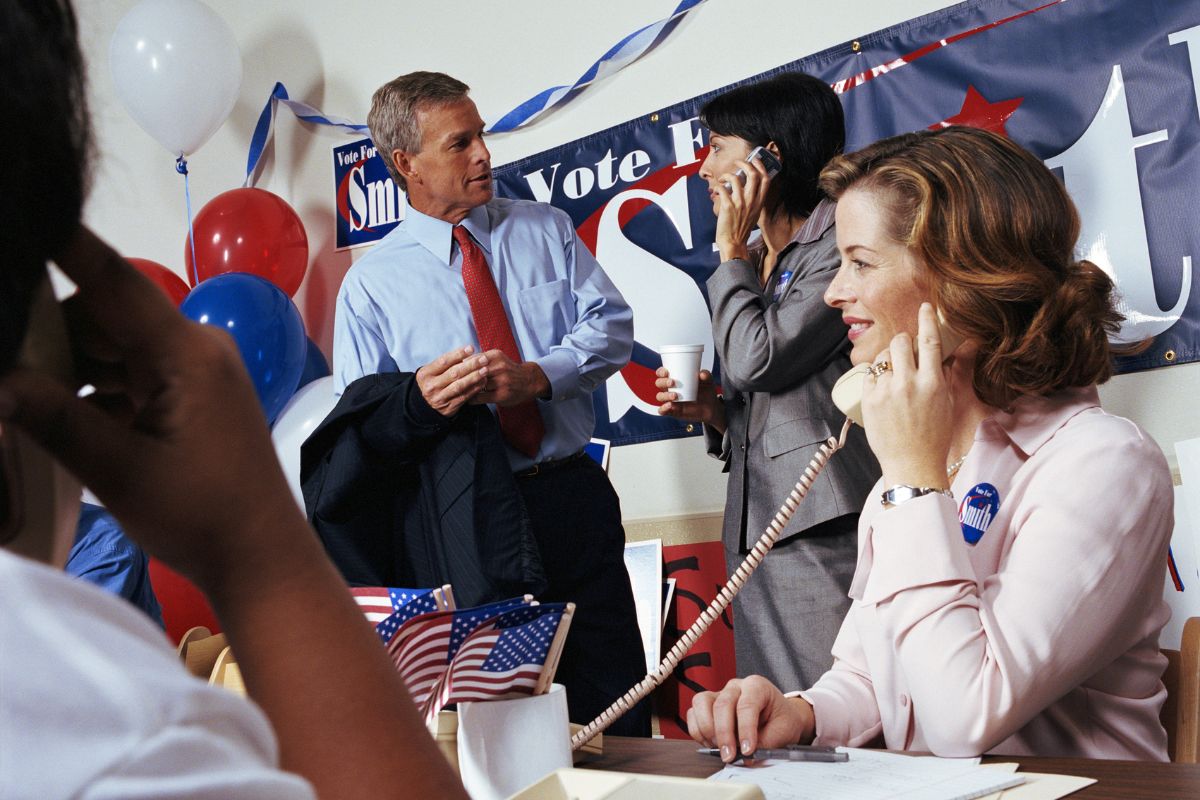 A push poll is a persuading poll that is typically carried out over the phone. It contacts numerous potential voters.

While spreading hypothetically negative and false information about a political candidate. It is intended to influence the respondent’s decision by “pushing” them toward another candidate.

Although push polling is currently legal in every state, several jurisdictions regulate it by asking respondents to supply specific information while they are on the phone.

Push polling could be considered a type of political speech, so banning it would violate the First Amendment and be unconstitutional.

The American Association of Political Consultants has condemned it, saying if a campaign uses it, then this will be seen as dirty play.

In this article, we will go into further detail about push polls and whether they are illegal in any states.

One of the founders of push polling was Richard Nixon. Voters in his district reported getting phone calls during his first campaign. This was for a successful 1946 bid for the U.S. House against Democrat incumbent Jerry Voorhis.

Callers would receive messages that went like the following: “I can’t reveal my identity to you, but this is one of your friends. Were you aware that Jerry Voorhis is a communist?” Then the caller would hang up.

Later, Nixon acknowledged he was aware Voorhis was not a communist. However, winning by any means was the most important thing.

Thus, it didn’t matter to him that his team was spreading wrong and non-factual information to the voters.

Characteristics Of A Push Poll

Usually, it is very challenging to determine who is making the call. There aren’t many questions asked.

No demographic inquiries are made at the start of the call. As the caller won’t analyze responses and opinions. However, people will be contacted and “polled” in enormous numbers, sometimes up to thousands.

With that being said, there are reputable research polls that are truly employed to gauge voters’ sentiments, elicit replies, and analyze data. A reliable survey (Check out the How To Cite A Survey) will showcase the following characteristics:

As we are aware, push polls aren’t illegal. However, in some states, it is regulated. This is to ensure that voters know who is phoning them.

As a result, they can make a more informed decision. The following are states that are known to regulate push polls.

Idaho’s law requests the individual conducting the poll to disclose the phone number and name of the individual, applicant, committee or party that paid or requested them for the poll.

This information is given at the end of the poll. This happens only if a person has been asked or paid by an individual, applicant, political party, or political committee to conduct these persuasive telephone polls on their behalf.

A persuasive poll, according to Idaho law, is one that uses techniques other than a recognized scientific sample procedure to canvass the public with questions or information.

This is intended to support the election, support, or rejection of a candidate or proposal.

A poll that seeks to gauge public opinion or response to a topic, idea, or concept is not considered a push poll.

If these rules are broken, the offender faces a misdemeanor charge and fine of up to $250. Although, it could be up to $2,500 if it is more than one person who has broken these rules.

In addition to that, you could also face up to six months in jail.

According to Florida election law, calls opposing or supporting a candidate, elected representative, or ballot proposal must identify the persons or organizations sponsoring the call. This can be done by declaring either:

Only calls that are a part of a series of similar phone calls with 1,000 or perhaps more successful calls and an average duration of 2 minutes or less are covered by this rule.

A funded phone survey or group of surveys that are similar in style and mention either a group of candidates or just one candidate, rather than in a straightforward preference question.

These are referred to as “push polls” in Maine.

In Maine, you must state that the call is a sponsored political advertisement by an organization or person.  The caller is required to provide the individual’s or organization’s genuine, recent, publicly listed address and phone number.

Especially, if the individual funding or approving the call hasn’t submitted any paperwork to election officials.

The identity and office sought by the candidate must be mentioned during the conversation if someone financing or permitting it is connected to them.

According to Nevada law, the individual carrying out the survey must reveal the telephone number and name of the political party, committee or candidate that paid for the poll.

According to the legislation, a “persuasive poll” is one in which a candidate or their family are the subject of questions or information offered to the public.

These are intended to cast a bad or disparaging light on them. It excludes a survey carried out just to gauge public opinion regarding or response to a topic, statement, or subject.

The collection, evaluation, gathering and categorization of data reflecting public needs, preferences and needs to any party, issues, problems or political candidates.

It is defined by West Virginia’s election law as “the gathering, collection, collation, and evaluation of information.”

It forbids these types of polls from being intentionally conducted, deceptively designed or calculated in any way to influence any person or persons.

Push polling is perfectly legal, yet some states have put in place their own regulation to keep it honest.

Yet, push polling is seen as ultimately a legitimate negative campaigning strategy. However, several organizations view it as a dishonest strategy for influencing voters.

We hope this article has answered your questions surrounding push polls and whether they are illegal.