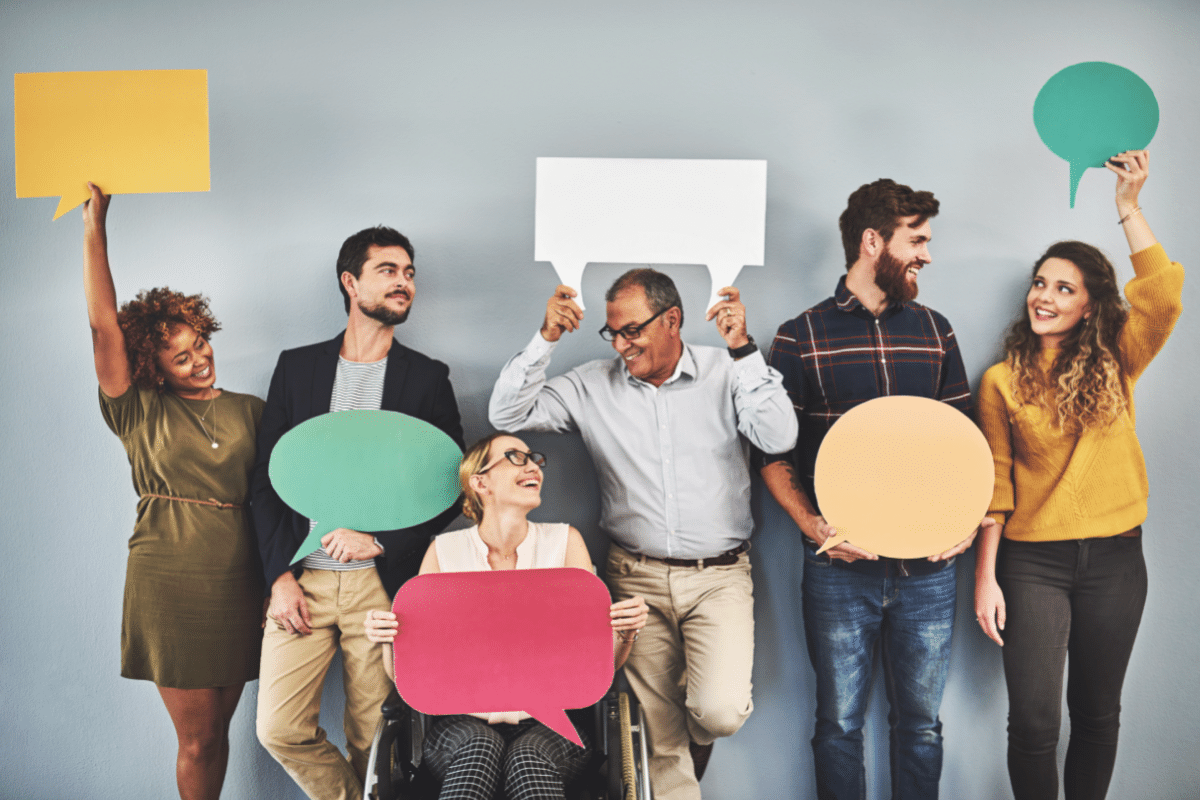 We all have opinions. It’s an inescapable fact of life and is a significant part of what makes us human. However, opinions have also been known to cause division between people and different social groups easily.

Contents show
1 How Are Opinions Formed?
2 How Is Public Opinion Formed?
3 Why Are Opinions Important?
4 To Wrap Up

Because opinions are so prevalent in day-to-day life, many of us often wonder where exactly they come from. What causes opinions to be formed, and why do they differ so massively from person to person?

Ever found yourself pondering these questions? Don’t worry, because you are definitely not alone. Read on down below, because we are going to tell you all you need to know about how opinions are formed, and what makes them differ so vastly!

How Are Opinions Formed?

Opinions are formed in quite a number of ways and can take on many differing forms. On the individual level, opinions are formed when a person experiences something or a specific event, or information associated with it.

They then begin to process their experience of the event or the information on it.

This is where the individual comes into play, as their own wider experience of other things in the world helps to inform their final opinion.

However, human beings are rarely ever so isolated socially or politically. The community that surrounds a person can have an indelible impact on how they perceive events or things in the world around them.

If an individual is part of a social group, then their opinions will often be swayed by their membership in that group.

For example, a person that is in a group of friends that tends to be particularly left-leaning politically will likely share the same political views and opinions, in order to remain as part of that group.

Humans do not like to be social outcasts, so opinions can easily be swayed by the opinions of close others.

Another factor that can help to shape opinions is education. The more that a person is educated, and the more that they experience the world, the more likely they are to have individual opinions.

A person who has little to no knowledge or experience with a certain thing, such as a political party, may adapt their own opinion from the opinion of others, for fear that they are not sufficiently informed on the topic.

How Is Public Opinion Formed?

Another form that opinion often takes is that of public opinion. Public opinion is an opinion that is shared by the vast majority of people in a society.

These are largely formed in a very similar way to individual opinions, but they can also be affected by slightly different things.

One thing that can massively affect public opinion is the presence of strong leaders. Most modern societies elect leaders to represent them and their views on specific issues and topics.

These powerful figures and leaders can easily affect public opinion by calling attention to specific issues, which brings them into the public consciousness.

Powerful people in society need to massively sway public opinion in their own favor in order to prove successful in elections, or when creating a new legislature.

Political leaders are seen as being incredibly well-informed, and their position of power suggests that their own opinion is well-informed and that thus their opinion is the correct one.

This is why so many people are able to buy into the opinions of those in power so easily.

The internet makes it easier than ever for every individual to express their own opinions, and the added benefit of anonymity on certain social media platforms makes it easier for these opinions to be shared without risking being cast out by society at large.

When events of any size or level of severity happen in the world, people flock to platforms like Twitter to make their opinions heard.

While, on the outside, the platform may look like a cacophony of clashing and opposing opinions caught in a never-ending tug-of-war, the act of engaging in discourse on the platform helps groups of the same political opinion to determine ‘in-groups’, and ‘out-groups’.

The formation of ‘in-groups’ and ‘out-groups’ is very important in defining and shaping public opinion.

‘In-groups’ are social groups that an individual recognizes themselves as belonging to, while an ‘out-group’ is anyone outside of that established social group or anyone that threatens the continued survival of that social group.

Negative opinions are commonly formed regarding ‘out-groups’, in order to maintain the status quo and to help strengthen the cohesion of the group.

Social media plays a massive role in the formation and survival of ‘in-groups’. Websites like Facebook and Twitter allow their users to join groups and follow pages and users that align with their own personal views and philosophies.

But more than just that, social media will also actively place users into distinct social groups based on the kind of content they usually interact with.

From there, they will then guide that user only towards content that they agree with, which in turn creates political ‘bubbles’, wherein the opinions of individual users are not challenged, which, in turn, further strengthens their own opinions, as well as public opinion of those in the same social group.

Why Are Opinions Important?

One of the main reasons why opinions are so important is that they offer a way for individuals to express their own subjective feelings and experiences of the world in a manner that other people with similar experiences can align with.

This stands in stark contrast to objective fact which does not account for subjective experience and personal feelings.

Opinions are also important because they are flexible and malleable. The more that a person experiences the world, and the many unique people within it, the better informed their opinions are.

Opinions also help to open discourse (whether healthy or otherwise) between opposing groups, which helps to further advance human thought and experience, and helps the collective human race to expand its knowledge.

Opinions are how ideas are expressed, and those same ideas can soon become revolutionary changes that can affect the human race for the better.

Without opinion, the human race would become incredibly stagnant, and would not have made considerable progress.

As you can see, it is difficult to pin down exactly why and how opinions are formed. Opinions are often highly personal and are a way for us to express our own subjective views of an objective world.

However, opinions can also be affected by a massive multitude of factors, which helps to make pinning them down even more difficult.

However, the ways that we have discussed above are definitely some of the most effective ways in which opinions are formed and affected.

The good thing about opinions is that they are flexible and malleable, so people are able to reshape their own as they experience more of the world, but social media’s ongoing attempts to isolate individuals from opposing opinions makes this slightly more difficult.