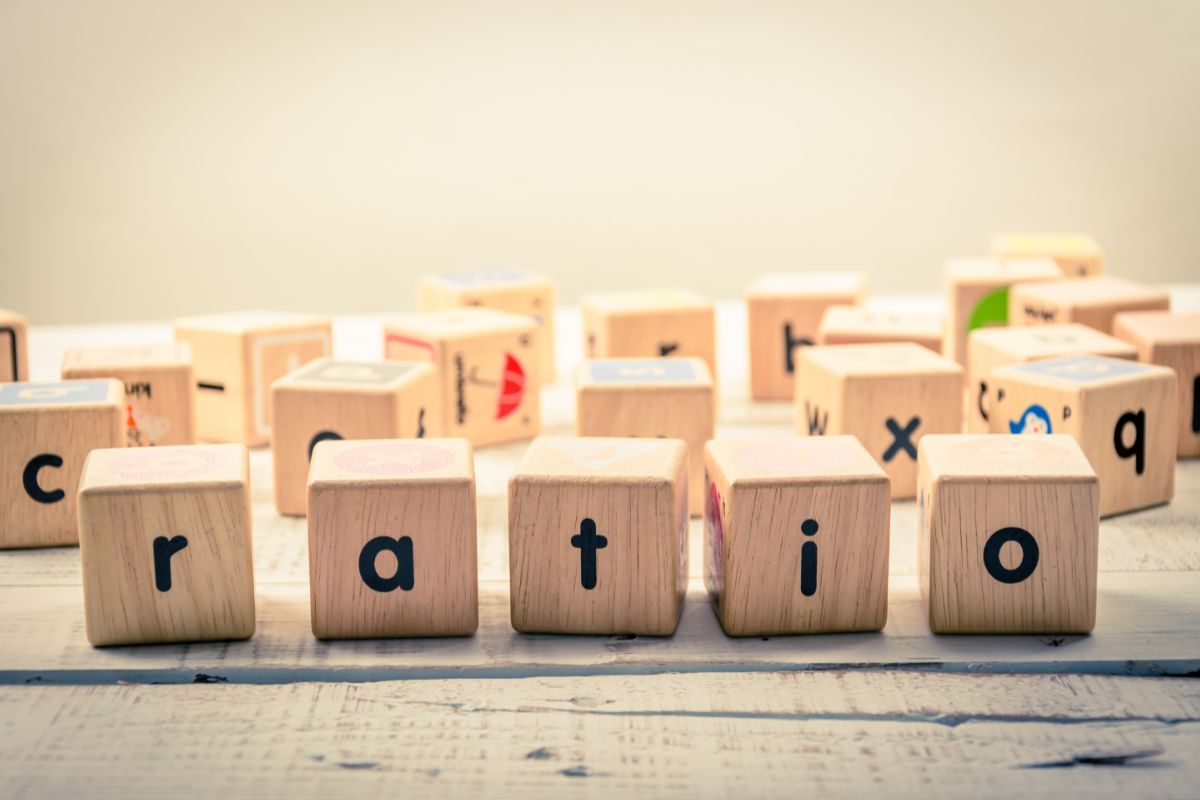 Ratio is a very helpful tool that allows you to compare things to one another. It is very commonly used in Mathematics. Ratios are also used in the real world, and they are a very helpful function.

Contents show
1 What Is A Ratio?
2 Ratios In Everyday Life
3 Examples Of Ratios
4 Writing A Ratio
5 How To Calculate A Ratio?
6 Simplifying The Ratio
7 What Is An Equivalent Ratio?
8 What Is A Ratio Table?
9 Ratios With More Than Two Quantities
10 Final Thoughts

This article will explore what a ratio is and how they work. It will also explore how you can calculate ratios yourself.

What Is A Ratio?

It is likely that the first time  that you will experience a ratio will be in your mathematics class. It is when you compare two or more numbers.

For instance, if you have a group of 40 people, and 26 of these people have voted for chocolate over sweets then the ratio of chocolate to sweets is 26:14.

This is because the remaining 14 people prefer sweets. You can then divide this ratio by 2 to get 13:7. Once you have an odd number, you can’t change the ratio any further. The ratio of 13:7 is the same as the ratio of 26:14.

Ratios are used everyday, especially in things like betting. They are also used in statistics very often.

As we mentioned, ratios are taught in mathematics from a very young age. They occur in everyday life very often.

Ratios help to put numbers into perspective, making them much easier to understand. This is why they are often used when looking at statistics.

When you participate in the lottery, your odds of winning are often given in the form of a ratio. If you buy one lottery ticket, you may have a 1 in 28,000,000 chance of winning the lottery.

You may also look at the ratio in terms of female to male population. If a class of children has 10 boys and 15 girls, the ratio of boys to girls is 10:15.

There are lots of different ways to write a ratio down on the page. The most common way is by using a colon to compare the two. The ratio of boys to girls in the glass is a good example of this.

You can also write a ratio down as a fraction. This is because ratios are simply division problems and so a fraction will also make sense to understand it.

Some people find ratios a lot easier to understand if they are written in words. For example, if there were 15 children and 30 cookies, instead of writing 1:2, you could say that there are 2 cookies per child.

If you are studying ratios in mathematics, the colon method of writing a ratio is much preferred.

How To Calculate A Ratio?

If you are looking for the ratio of two numbers, you should follow the steps below in order to calculate it.

This is fairly simple to do. All you need to do is figure out which number both of the numbers in the ratio can be divided into.

You can write this ratio as 2:3, ⅔ or you can write it as a sentence: there are 2 boys for every 3 girls in the class.

What Is An Equivalent Ratio?

An equivalent ratio is a ratio that holds exactly the same meaning as another. This is where the given ratio is multiplied by the same number.

For example, if we had a ratio of 2:5 then an equivalent ratio to this could be 4:10. This is the number that is obtained if we divide both the 2 and the 5 by 2. You can find an infinite number of equivalent ratios to any ratio.

What Is A Ratio Table?

A ratio table refers to a list that contains all of the equivalent ratios in one table. For instance, it will show the ratio of 1:4, and every other ratio that this could be.

Ratios With More Than Two Quantities

You can get ratios with 3 quantities or more. For instance, if you were looking to compare the number of 3 different types of food, you will get three different numbers.

You may have three cucumbers, 5 tomatoes and 7 onions. This ratio would be 3:5:7.

They are a very helpful tool to help with comparisons. This article should help you to understand ratios, what they are for and how to calculate them yourself.